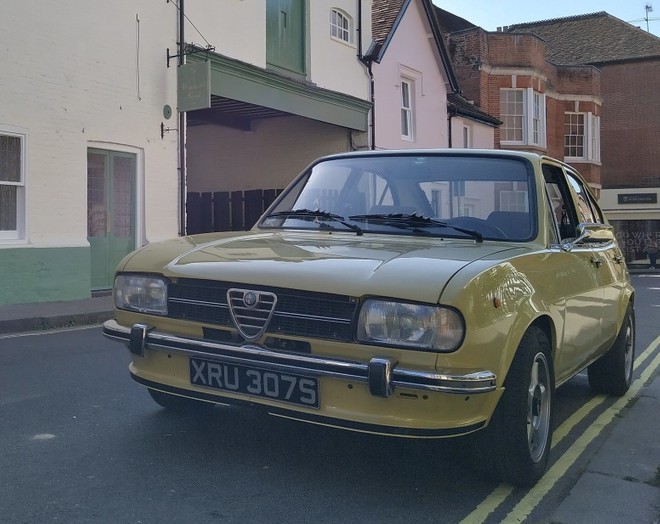 The future of Alfa Romeo is in the name of electrification as we all know. While waiting for the first battery-powered model to debut in the 2024, it comes from the UK a curious electric conversion project of a famous model from the past of the Italian brand. Sean Fosberry , an English engineer, took an old Alfa Romeo Alfasud and turned it into an electric model. Fosberry did all the work on his own, making this project a real personal achievement. Everything was then told in a Twitter account dedicated to his car.

Alfa Romeo Alfasud, it should be remembered, is a model that in the past had a great commercial success, so much so that it is still the best-selling Alfa Romeo car today. However, this model is also remembered for its many problems, including the rust formation on the bodywork . Fosberry had bought the car in 1994 from a friend. Already then the car underwent some modifications.

Instead of the original 1.2-liter boxer engine came a more powerful 1.5-liter unit. liters. Subsequently, the Englishman also installed the Quadrifoglio carburetor kit. But in 1998, the car was put in the garage for a series of repairs. The biggest problem, as mentioned above, was the problem of rust formation. The to-do list, however, was very long, which is why the vehicle stood still for a long time 15 years.

At that point, Fosberry decided it was time to carry out a proper restoration of his Alfa Romeo Alfasud. However, finding the necessary parts for this job was not easy and took a very long time. In 2019 the Englishman concluded the bodywork restoration process and decided that the car should be reborn electric. A very long and complex job that lasted 18 months.

I’ve had quite few people contact me and ask what the #ElectricAlfasud sounds like. Here is the answer. Engage hyper drive … #EV pic.twitter.com/YwfNbEzXV6

Engineer replaced boxer engine with a Hyper 9 unit manufactured by NetGain capable of delivering approximately 110 kW with over 200 Nm of torque. The battery is from 24 kWh and comes from an old Nissan Leaf. The charger allows you to refuel the car with alternating current up to 6.6 kW. The range reaches approximately 60 miles, i.e. just under 100 km. The mileage is penalized by the fact that the car has a transmission of an Alfa 33 4×4 of 1994 . This means that the electric Alfa Romeo Alfasud can count on all-wheel drive.

Overall, for all this work, Fosberry has invested over 10 thousand pounds , i.e. over 11 thousand euros. The changes may not have ended here as there would be the intention to insert the battery pack from 40 kWh of the current Nissan Leaf to have more autonomy.

The English engineer has made it known that he has no intention of selling his creation .

Flowers LEGO, PS Plus, Fire TV and more: the best sellers of the first day of Black Friday