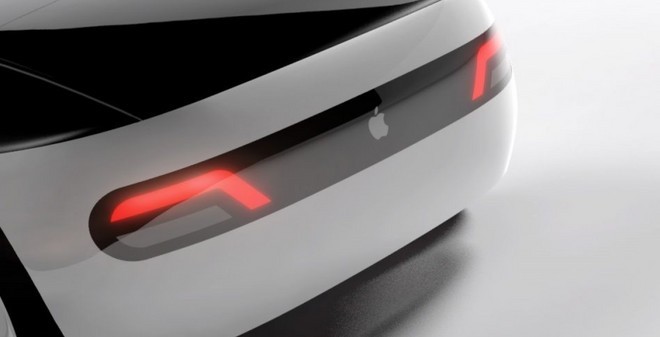 Let’s go back to talking about the Apple Car project which has been speculated for several months now. Now comes a new and interesting report from Bloomberg stating that Cupertino would be accelerating the development of its electric car , focusing on autonomous driving capabilities . According to the report, the American company had been evaluating two options for its car in recent years. The first involved the development of a “traditional” electric car with driver assistance functions that intervene in the management of the steering wheel and accelerator. The second option, however, involved the development of an electric car with full autonomous driving capabilities that do not require human intervention.

Apparently, under the leadership of Kevin Lynch who has recently been chosen by Apple to carry out the Apple Car project, the team would be focusing on the second option. Lynch, in other words, would like Apple’s first electric car to drive on its own. Precisely for this reason, the company would have accelerated the development of the car internally. It would aim to bring it to debut in 2025 , well in advance of the times mentioned in the past.

MUCH WORK TO DO

Obviously, a lot will depend on the American company’s ability to complete its autonomous driving system, a This is certainly not an easy goal to achieve given the difficulties that companies that have been working in this field for some time have been facing. If Apple is unable to fine-tune its technology in time, it may postpone the launch of the car or offer it with a more limited technology.

However According to the report, Cupertino would have completed much of the basic work on the processor that will manage the car’s functionality. Chip that would be developed in-house and which Bloomberg defined as the most advanced component developed by Apple for this project. The company appears to be putting its hardware platform to the test within its California test vehicle fleet. The hope is to make a self-driving vehicle safer than those of other companies working in this field like Waymo.

Apple’s ideal car it should have no steering wheel and pedals and its interior would be designed for hands-free driving. The cockpit the team discussed internally should look a lot like that of the vehicles designed by startup Canoo that offer passengers the ability to sit along the inner edges as if they were in a small living room.

The report also says that Apple would also have worked on an infotainment system which will probably be characterized by the presence of a large central iPad-style display on which passengers will be able to interact with during the journey. The car would also be heavily integrated with Apple’s existing services and devices.

reportedly has not yet decided on the business model to apply for its self-driving electric cars. Cupertino would have considered the possibility of creating a robotaxi fleet but according to the report it is much more likely that the vehicles will eventually be sold to individuals.

On the front of the actual car, the report says that Apple will not introduce a proprietary charging connector but will use those already existing ones, especially the CCS one to ensure that its cars can recharge without problems. Obviously getting to 2025 with the car ready will not be easy for Apple. Previous reports have highlighted Cupertino’s difficulties in finding partners for this project. novelty and that the Apple Car project has finally taken a precise direction. We will see what happens. Obviously, like all reports regarding this Apple project, the contents must be taken with due caution.

Audi RS Q e-tron, new details on the electric prototype for the Dakar 2022

eFootball 2022 1.0 postponed to next spring, refunds are triggered