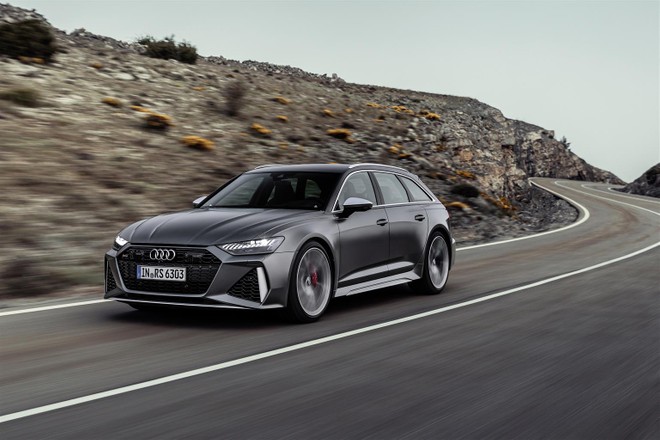 Audi has an ambitious plan linked to the electrification of its range of cars, as we have already seen several times. As we know, from 2026 will bring to the debut only new battery models. The electrification process will also involve the models S and RS which will continue to be proposed.

For the time being, we have already had a first glimpse of the future high-performance electric cars that will be developed by Audi Sport with the debut of the RS E-tron GT model. For the plan of the house of the 4 rings it will be fundamental to continue to propose a variety of versions for its range of cars. This means that over time any current internal combustion engine model will be replaced with an electric variant.

A change that will affect obviously also the sports versions RS which will continue to be offered. Audi, a few months ago, had shown the concept of the new A6 e-tron which will occupy the same market segment as the current endothermic A6. And just like the car with combustion engine, the electric will also be offered in a model tuned by Audi Sport .

Since the top management of the brand has practically confirmed that the future A6 e-tron will have a station wagon version, it means it is very likely to arrive too an RS 6 Avant with electric motor . According to Autocar reports, the RS model could arrive at the same time as the debut of the new “standard” A6 e-tron in 2023 and present a look less aggressive than today.

There will be, however, the performances. The concept of the future Audi A6 e-tron will be based on the PPE platform developed in collaboration with Audi. According to what was told at the time of the presentation, the concept had a double engine capable of delivering a total of 476 CV ( 350 kW) and 800 Nm of torque. This is certainly high power but not sufficient for the RS version.

It is possible that the car can adopt the powertrain of the RS E-tron GT which is able to offer 475 kW (646 CV) peak with 830 Nm of couple. Therefore, it is legitimate to expect very high performance. Autonomy shouldn’t be a problem as we already know that the platform can accommodate battery packs from 100 kWh . Furthermore, thanks to the architecture support from 800 V, the full of energy can be carried out at very high power.

And after the electric RS 6 Avant, it could be the turn of the battery-powered TT and R8 thanks again to the flexibility it is able to offer the PPE platform.

The robot Spot becomes Mick Jagger: he dances and sings with the Rolling Stones

Ultra-wideband: the Ministry updates the site with clearer indications