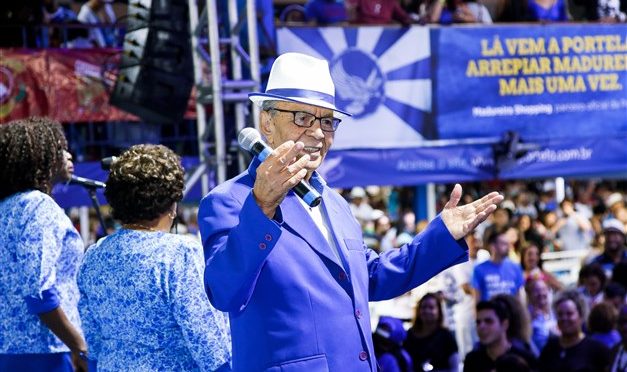 Sambista Monarco, from Portela, has died at the age of 88. Photo: Playback / Twitter

Samba singer Monarco, honorary president of the Rio de Janeiro Portela samba school, died on Saturday (11), at the age of 88. According to Portela, he had been hospitalized since November at the Cardoso Fontes Federal Hospital, in Jacarepaguá, west of Rio de Janeiro. Monarco was hospitalized for bowel clearance surgery. The sambiste could not resist the complications arising from the problem.

On Twitter, Portela paid tribute to Monaco. “He leaves behind a wife, a son, grandchildren and a legion of fans and admirers. For the moment, there is no information on the vigil and the burial of the body “, informed the samba school. Friday (10), Monaco received a tribute during the inauguration of the hall of trophies in Portela, which bears his name.

Monarco was the oldest living member of the Madureira neighborhood samba school. “President Luis Carlos Magalhães, Vice-President Fábio Pavão, Velha Guarda Show da Portela, Galeria da Velha Guarda and the entire Board of Directors of the Majestade do Samba mourn the death and sympathize with family, friends and the fans, ”he told Portela via Twitter. .

YouTube Music Reload us: new filter to find the right song at the right time

Samsung Galaxy S22: Qualcomm's Snapdragon 898 in more countries, but Exynos will be there

A $ 20 million copy of the US Constitution is online