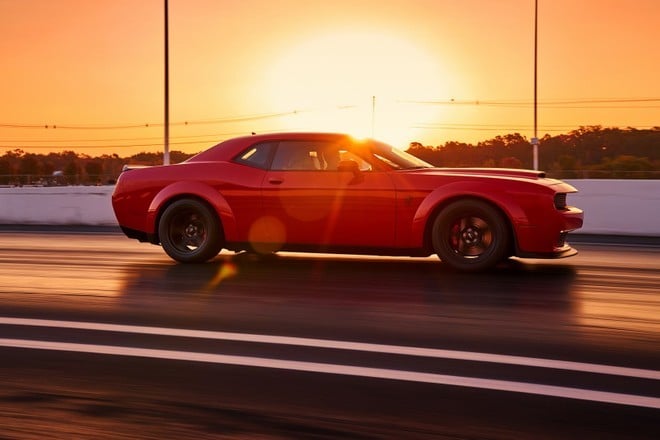 Dodge looks with great interest and concreteness at the electrification of its models in range and in the course of 2022 it will be revealed to us the first concept of an electric muscle car of the brand. But that’s not all, as later it will be the turn of a Plug-in hybrid and also of a third new model, obviously electrified. Do not worry for lovers of the heat engine. There will also be petrol vehicles for enthusiasts, in view of the 2024, but only when the first and new electric vehicle puts its tires on the road.

The bad news is that Dodge has announced that will stop production of its current pair of high-octane muscle cars, the Challenger coupe and the Charger SRT Hellcat sedan by 2024.

The first Dodge electric muscle car will be unveiled, in concept form, in the coming four or five months, said Tim Kuniskis, CEO of Dodge : “It will be a high performance concept, drivable and testable, therefore also very close to what the future of the company will be”.

In addition to the “concept”, a new Plug-in Hybrid with a Dodge badge printed on the body and will go into production by the end of 2022. Kuniskis also added that the third electrified car on the way will be “ very, very, very significant to the Company and should see the light by end of the year “, then add as” Dodge doesn’t need a business plan to impress investors – it needs an up-to-date range of products that can entice shoppers “.

Dodge has boldly embarked on the path to electrification and promising to produce some more racing cars with large thermal engines wants to show that it does not want to lose the market share that led it to glory.

Not only Switch Off: here's how TV is changing | Poll Results

New iPad and iPad Mini, pre-orders on Amazon have started | All variants

Spotify, the lyrics of the songs finally arrive in Italy