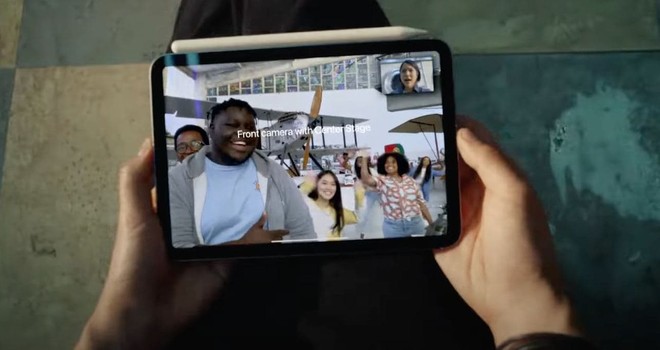 Apple has made official iPad mini 6th generation during the event California Streaming (you can follow it live with us HERE). A surprise launch in light of the fact that the iPads were expected in the coming weeks together with the new MacBook Pros, but Apple surprised everyone, enthusiasts and professionals, by formalizing the new iPad mini together with the ninth generation iPads.

For its super portable structure and extreme usability in everyday use that derives, from day-to-day operations to those for creatives and businesses, there is nothing on par with the iPad mini – said Greg Joswiak, Apple’s senior vice president of Worldwide Marketing.

The sense of iPad mini is in the words of Joswiak, an irreplaceable product for those who love light gadgets, extremely portable and powerful at the same time. For this reason, the profound renewal that Apple has promoted towards this new generation of iPad mini is of crucial importance, especially towards a design that , let’s face it in no uncertain terms, had its day.

ON IPAD MINI 6 IT’S ALL NEW

Sixth generation iPad mini arrives on the market with a design totally renewed compared to the past. The smallest Apple tablet in the range is now totally consistent with the trend inaugurated by the iPhones 12, with flat edges and sharply reduced bezels around the display compared to the past. The work of the designers positively influenced dimensions and weight , which despite the larger display all decrease except for the thickness, which grows by just 0.2 mm: 195, 4 x 100, 8 x 6.3 mm, for 293 grams of weight (297 g with 5G).

In terms of technical characteristics, it changes a lot. Starting from the display , a Liquid Retina whose diagonal grows by virtue of the reduced frames up to 8.3 inches ; there is DCI-P3 color space support, True Tone along with peak brightness from 500 nits, which makes iPad mini ideal for outdoor use as well as the past generation, which reached an identical peak. For the Apple, it is an ideal display for watching videos, movies and TV series in all conditions.

The positioning of the Touch ID which, to free up space for the display, has been integrated into the on / off button, in the upper part of the frame, as on iPad Air. There is support for the much appreciated second generation Apple Pencil which gives a new dimension to the new iPad mini by making it quite more exploitable, also by virtue of the fact that the digital pen can be magnetically secured to the tablet frame, thus starting the wireless charging process.

Apple confirms itself as stingy in numbers and on the contrary very willing to communicate improvements in percentage terms. So it turns out that the sixth generation iPad mini thanks to the six-core chip A 15 Bionic, the most powerful of the new iPhones 13 Pro, offers the 40% of the additional computing capacity compared to the previous generation and a contribution greater than the 80% by the graphics chip. It also improves the machine learning managed by the Neural Engine to 16 core in concert with CPU accelerators, the latter double faster than in the past: the combination of these elements expresses the best with the new iPadOS operating system 15, thanks to which I arrive best performance in terms of artificial intelligence and voice translation in real time.

Thanks to the new chip A 15 Bionic comes compatibility of 6th generation iPad mini versions with SIM with networks 5G up to 3.5 gigabits per second in download, while those without the possibility of connecting to cellular networks can take advantage of the standard Wi-Fi 6.

A renewed camera with a higher resolution than in the past: they are 12 the megapixels of the sensor with aperture f / 1.8, a nice pass or forward in low light conditions compared to the predecessor (f / 2.4). There is True Tone flash, HDR support thanks to the new image processor (ISP) and the ability to record videos in 4K.

The camera on the front surface for video calls and selfies is also from 12 megapixel with Center Stage, a function able to keep the subject in the center of the frame compensating for any movement. The presence of horizontal stereo speakers is important for multimedia.

Apple abandons (finally) the Lightning connector even on the smallest tablet of its range: the sixth generation iPad mini thus embraces the USB-C connector, a novelty that will please lot of. Not only for a matter of practicality with a better chance of finding a charger around, but also for a matter of speed in data transfer: thanks to USB-C the new iPad mini can transfer up to 5 Gbps (10 x compared to the previous iPad mini), making it easier to transfer heavier files such as 4K videos.

The battery is for over 5 years. 000 mAh, sufficient according to Apple to guarantee up to 10 hours of web browsing in Wi ‑ Fi (9 hours in 5G), video playback or, in other words, one day of autonomy. From the Steve Jobs Theater they wanted to underline how the issue of environmental sustainability was held in great consideration in the creation of the sixth generation iPad mini. The aluminum for the outer shell, the tin for the logic board solders and the rare earths used for the speaker magnets are all recycled to 100%.

Pre-orders are already open, while the first copies will be available in Italy from since Friday 24 September , simultaneously with the USA. Below are the prices charged in Italy:

Small note of color: the power supply with USB-C cable from 20 watt is included in the package.

Fisco, from October access to online services only with Spid, Cie or Cns