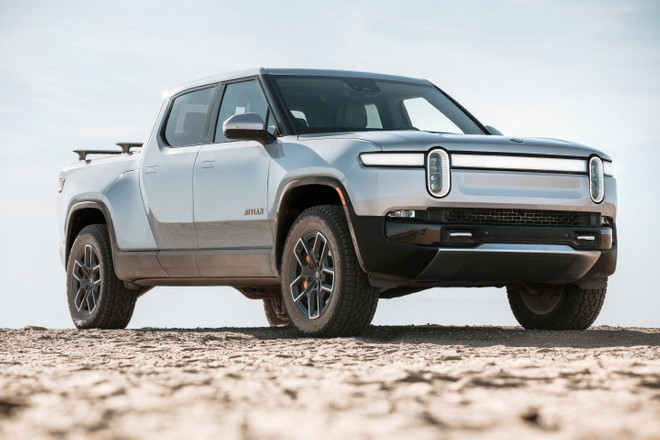 Rivian officially started production of its R1T electric pickup. The announcement was made directly by the company’s CEO RJ Scaringe through his Twitter profile. The manager also shared some images of the first vehicle off the assembly line. Deliveries of the electric pickups to customers are expected to begin later this month. This is very important news for the American manufacturer that aims to become one of the protagonists of the electric car sector.

After months of building pre-production vehicles, this morning our first customer vehicle drove off our production line in Normal! Our team’s collective efforts have made this moment possible. Can’t wait to get these into the hands of our customers! pic.twitter.com/8ZidwTaXRI

Backed by companies like Amazon and Ford, Rivian has ambitious expansion plans. In addition to the R1T pickup, the R1S electric SUV will also debut by the end of the year. At the same time, the manufacturer is working on the development of an electric delivery van for use by Amazon. The eCommerce giant has already ordered well 100 thousand of these vehicles that will be delivered by 2030 (the first 10 thousand by 2022).

The car manufacturer intends , however, to expand beyond the American market as well. We already know that in the course of 2022 will also be launched for sales in Europe. And a new Rivian factory could also be built on the Old Continent. The latest rumors, in this sense, spoke of the United Kingdom.

The start of production of the pickup had been postponed multiple times due to some problems Rivian faced including the outbreak of the pandemic, the chip crisis and the construction of his factory. Now, the American brand can focus on making its electric pickup. Please note that the first version to be produced and delivered is the Launch Edition .

Inspiration4 one day in orbit, how is it going? | Video

OnePlus 9 and 9 Pro, the XPan mode developed with Hasselblad arrives