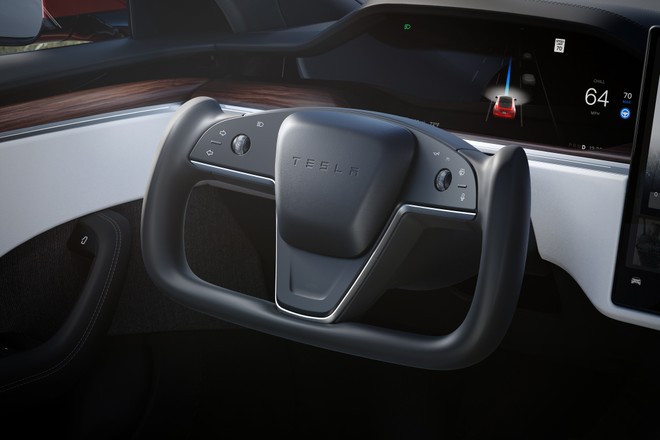 When Tesla had presented the restyling of the Model S, the presence of the particular flying yoke was very striking. For some time it was thought that the American manufacturer would also give the possibility to choose a traditional steering wheel. In the end, however, Elon Musk’s company “went straight” and proposed its new electric sedan with only the new steering wheel. An element that was then further discussed as for several people it was inconvenient to use . In fact, it doesn’t even have a steer-by-wire system and turn signal levers.

One of the first solutions comes from Ryan Huber, an owner of a Model S Plaid who managed to “transplant” a model steering wheel 3 on your car, including indicator and gear levers. The result can be seen in the video that Huber himself shared. Almost everything works perfectly, only a few details are missing but it seems that there will be no problems in making sure that a complete replacement can be carried out without affecting the functionality of the electric sedan.

As this user explains, to “facilitate” the work the fact that Tesla uses many standard parts and therefore integrate the Model 3’s steering wheel was relatively straightforward. The most complex aspect, however, was to make the new steering wheel communicate with the software of the Model S Plaid. For this it was necessary to rewrite the firmware .

Ryan Huber will not turn his work into a kit to sell to the public. However, he has opened a page on GitHub where he will share his experience and procedures for anyone who wants to do the same thing on their cars.

Record for the quantum computer of IBM, Google and China ready to tear it up

COP26, no signature by Italy of the pact on the stop to endothermic by 2035