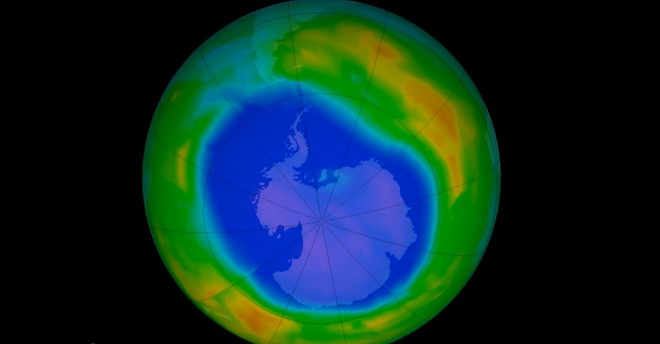 The ozone layer that protects us from harmful ultraviolet radiation from the Sun annually thins, creating what we commonly call “hole ozone “, a phenomenon already known that in 2021 reached record size. The researchers of the Copernicus Atmosphere Monitoring Service sound the alarm , certain that since 1979 something similar has never been observed above the South Pole and that, compared to the same period last year, is larger than 75 percent.

Such is the thinning that at this stage it appears even larger than Antarctica, a worrying photograph that follows the evolution of the “hole” also formed In the 2020. This cyclical phenomenon is caused by a mix of chemical elements such as chromium and chlorine (CFC, or chlorofluorocarbons) that migrate into the stratorsphere and create reactions during the end of the Antarctic winter, therefore from August to October.

CFCs have been banned in 197 countries of the world after the crisis of a few decades ago, however, for the complete recovery of the ozone layer it will still take some time; scientists estimate that a complete “cure” will in fact only occur around 2060 – 2070. This year’s extraordinary evolution may not be over , the peak is in fact normally expected for late September and mid-October, when temperatures in the upper atmosphere begin to rise, the polar vortex weakens and finally breaks, completely slowing down the depletion of the ozone layer.

According to a study published in Nature (link) last month we already enjoy today the ban that the whole world imposed over the years’ 80 on CFCs; if we had not seriously realized it, in fact, we would have found ourselves today with an ozone layer practically collapsing and an increase in temperature of another 2, 5 degrees celsius. A catastrophic scenario fortunately averted by the scientific community and by the political decisions of the time, all agreed in having to put an immediate stop to that degeneration caused by humans and products with CFCs.

iPhone 13: RAM does not change compared to iPhone 12, the performance of the A15 Bionic does

Realme Band 2 official: large display, SpO2 and a price that promises to be mini