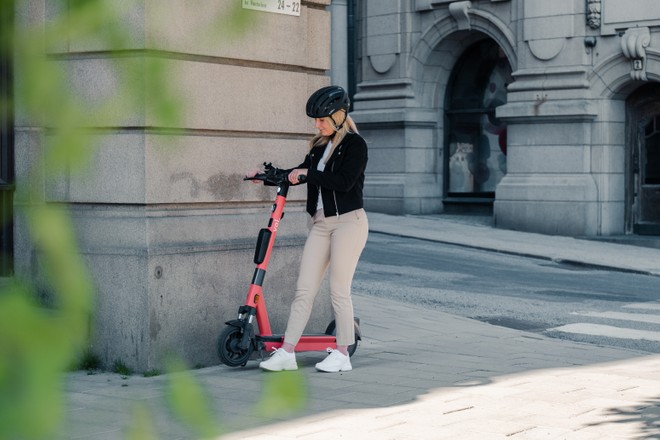 The Infrastructure Decree introduced several news for the Highway Code , including those concerning the use of electric scooters. For some time there has been talk of the possibility that the Government could intervene to change the regulations that regulated the use of these vehicles for electric micro-mobility . Electric scooters have had a strong popularity in recent times but their growth has probably been a bit too messy.

Failure to comply with some existing rules and the overly shrewd use by people of these means have led to various problems including accidents that have also had fatal outcomes. Precisely for this reason, urgent intervention by the Government had been requested by many. Intervention that came within the Infrastructure Decree through a specific amendment .

As we have seen, among the news we have the reduction of the maximum speed from 25 to 20 km / h and the obligation to wear a reflective jacket half an hour after sunset or in poor visibility conditions. In addition to this, from 1 July of 2022 the new models will have to be equipped of direction indicators and brakes on both wheels . These are technical equipment that the scooters already in circulation must also have from 2024.

The insurance obligation is still under discussion but the mandatory helmet for everyone and the license plate have not arrived. These new rules have caused discussion. There are those who have judged them fair and there are those who have judged them useless. There are also other people who have stated that the new technical requirements will force you to put your wallet back in order to adapt your vehicle or even to get to change it in order not to risk shooting with an outlaw model.

There is therefore a great debate going on among users . For this reason, we decided to have a chat with Magdalena Krenek, general manager of Voi Technology Italia , a Swedish micromobility company that offers sharing services in partnership with local public administrations, with whom we had already had the opportunity to talk some time ago on the subject of the rules for the use of scooters.

SATISFACTION WITH THE NEW RULES

We then asked Magdalena Krenek what she thought of the news introduced by the Infrastructure Decree through the amendment. Whether the new rules are going in the right direction or whether it would have been better to focus attention on something else.

The general manager of Voi Technology Italia wanted to underline its satisfaction for the new rules given that they have been accepted all the proposals made by your company together with other companies in the sector.

The amendment effectively accepted all the proposals that Voi Technology, together with other operators, made to the Ministry of Transport.

Satisfaction also because their scooters are already “ready” as they are equipped with direction indicators.

We were the first to introduce the directional arrows on our vehicles. This investment has been at the forefront of providing a greater sense of safety to other traffic players, who in this way can learn about the turning intentions of scooter drivers. Likewise, scooter drivers can feel safer about their journeys. Today the legislation has proved us right: the directional arrows on scooters are an essential tool and not a commodity.

The reduction of the maximum speed was also judged positive. In their safety report they had already highlighted that the first factor of insecurity for scooter drivers, as well as the first factor that causes road accidents, is speed.

For this reason, our position, in order to allow micromobility to develop its maximum potential, has always been to reduce the maximum speed of vehicles on the roads. This means a maximum of 30 km / h for cars and motorcycles and 20 km / h, instead of 25 km / h, as it has been in Italy up to now, for scooters.

Precisely on the subject of speed, to ensure greater safety for all those who approach the use of scooters for the first time, through their app it is possible to further limit the maximum speed to 15 km / h. The Voiager 4 scooters , launched at the start 2020, already have double brakes and double suspensions, to ensure greater stability and safety for the driver.

Speaking with Magdalena Krenek we also asked how it assessed the obligation to adapt the scooters already in circulation and if there was a risk that some “outlaw”. For the general manager of Voi Technology Italia, a distinction must be made between those for private use and those of sharing services.

Trivially, starting from the timing indicated in the text, the scooter sharing companies that have not adapted to the indications will no longer be able to operate. These are the rules of the game: competitiveness is an excellent rule of the market, because it allows you to always improve, but investments are necessary to do so. Only the healthiest companies with the greatest attention to innovation and security will survive, with great benefit for users. The situation is different for private scooters. These too will no longer be able to circulate and owners will have to make modifications to their vehicles or change them. At what percentage people will not upgrade their vehicles is not predictable today, but it certainly can happen. The competent authorities will decide how best to proceed in these cases.

Here too, according to Magdalena, it is necessary to distinguish between private vehicles and those offered in sharing. Regarding those owned, there is plenty of time to adapt. In any case, it is difficult to predict how the owners will welcome the new rules.

As for the previous question, the answer is different depending on whether it is a micromobility sharing service or a private scooter. In the first case, the user will not have to change vehicles and will not have to spend money for any updates, so we do not see why they should no longer use the service: on the contrary, having more security guarantees, we hope the opposite can happen, giving micro mobility in scooter, more chances to be able to put your potential into practice. As for private scooters, the decree provides all the time necessary to update the vehicles according to the new regulations: the proposal is that they come into force during the 2024. Despite this, we cannot predict how the new legislation will be received by owners of electric scooters.

Intel, photos of its first Arc Alchemist graphics card are popping up

Red Notice makes a bang: best debut ever for a Netflix movie