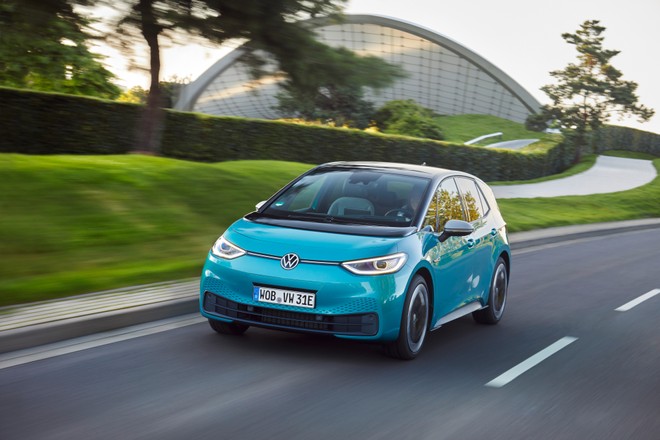 Volkswagen has great ambitions in the sector of electric cars . At Group level it is investing heavily and has planned an extremely structured project that also aims to create as many as 6 factories in Europe for batteries. It is no mystery that it intends to become the leader in this market by 2025 , coming to overtake Tesla. And the American manufacturer is seen as a reference of the “revolution” of electric mobility by Herbert Diess , CEO of the German Group.

It is no mystery that Diess really wants to do everything to overcome Elon Musk’s company. And to truly become the electric car industry leader in the coming years, according to Reuters, Volkswagen has decided to focus on developing charging networks .

Without adequate charging network, the spread of electric cars can not accelerate. Tesla, right from the start, understood this problem well and launched the Supercharger stations that they have always allowed its cars to travel long distances without major problems. Apparently, Volkswagen has decided to double the staff of its division that deals with charging and energy, launch new payment technologies and forge new alliances to face Tesla in the key “battlefield” for electric cars. ‘charging infrastructure.

Making sure people have access to an adequate fast charging network , the Germans hope to be able to convince customers to switch to electric cars, especially those who are most concerned about autonomy . To achieve this, Volkswagen hired Elke Temme , a veteran of the automotive industry in January . ‘energy who worked almost two decades at the German energy companies RWE and Innogy.

This person will have the task of completing the project of creating an adequate charging infrastructure to be able to accelerate the growth of the electricity market. To reach the ambitious goal, Eli , the brand created by Volkswagen for the supply of energy , will see its employees grow in 300 by the end of 2022.

We are investing in huge areas that don’t always have to be profitable right away. We always see these investments in the overall context of our group strategy. That’s why building a complete infrastructure is key.

It is not clear what the budget for the project is but the German Group has approved the financial requests of Temme. The ground to be recovered from Tesla is obviously large. The American company has recently announced the 30 thousand columns installed in all countries where it is present. Volkswagen aims to have a network of 45 thousand columns by 2025 (almost 4 times the current one), just the year in which it intends to overtake the American manufacturer in the electric market. Of these 45.000, 18. 000 will be present in Europe, 17. 000 in China and 10. 000 in America.

In the Old Continent , Volkswagen is a shareholder of IONITY and is already collaborating with Enel X, BP and Iberdrola for the development of the charging infrastructure. The network that the German group intends to create will be open to all electric cars. To simplify the supply of energy, as early as 2022 means offer the Plug & Charge technology , now present on a few cars and usable only on the IONITY network. In practice, it will mean saying goodbye to apps and cards: just connect the car to the column and the recharge will start automatically. The transaction will be handled automatically by the car with the charging network.

An overall very ambitious project that will certainly require a lot of resources .

Samsung does not forget Tizen and updates Galaxy Watch 3, Watch Active 2 and more

Motorola Edge 30 Ultra: unveiled the features of the top range

Other than Nothing: Carl Pei's new adventure has 5 products in the pipeline